Possibly one of the greatest American movies ever:

Be There from UNKLE on Vimeo.

Chappaqua, an independent film directed by Conrad Rooker. It was originally released in 1966. The film featured Jean-Louis Barrault, Conrad Rooker, William S. Burroughs, Alan Ginsberg, Ravi Shankar, Swami Satchidananda, Moondog, and Ornette Coleman. While most credit the Beatles' George Harrison for introducing Ravi Shankar to the west, this film actually predates their recordings while also bringing the first Swami onto American soil. Chappaqua provided an early look at what would ultimately become a foresight to a "trippy" generation. This film was completely funded by Rooker with no outside investors.

Pretty Things, Raining in My Heart, 1966

Music from the Red Krayola album, Parable of Arable Land

Tobacco - Fucked Up Friends DVD from strmlnd on Vimeo.

In 2008, Tobacco (Member of Black Moth Super Rainbow) released a soundtrack for a movie by Beta Carnage. This soundtrack ultimately became the album Fucked Up Friends. The movie contains a collection of cultural junk from television and movies. A truly brilliant production, Fucked Up Friends, is the first of now two productions under the Tobacco moniker.

Swedish surrealist, H.R. Giger, may be most known for his creation of the "Alien" creature. However, he is also known for his famous Dead Kennedys album cover for "Frankenchrist." The image titled Work 219: Landscape XX, but also known as Penis Lanscape, put the band in court for violating the California Penal Code in the distribution of harmful matter to minors.

When asked what their favorite punk band could be, people are going to have a wide range of answers. Often, this answer is parallel to the generation in which one grew up. For me, it is undeniable- Dead Kennedys are by-and-large the greatest and most influential. Jello Biafra, East Bay Ray, Klaus Flouride, and 6025 made up the original lineup. Their lyrics were strewn with social and political commentary that set the tone for my most formidable years growing up in socially and politically conservative South Carolina. 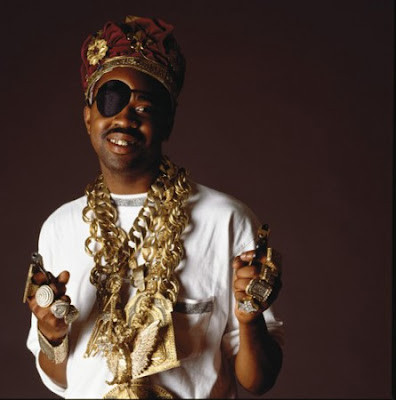